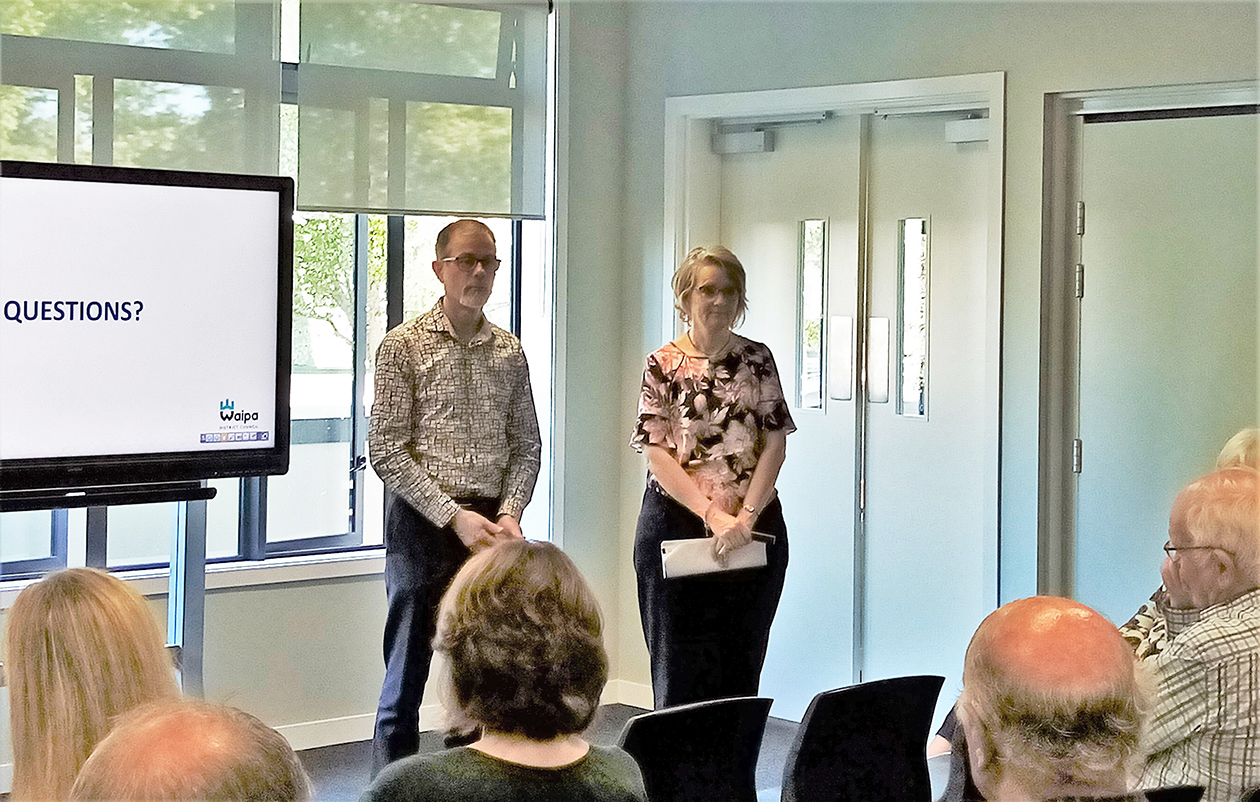 Renewed calls for the building of a third bridge at Cambridge came loud and clear last week as those attending a Chamber of Commerce-led meeting drove hard for council to put a ‘pin in the map’ and get started.

But they were told the two in town are sufficient.

The meeting at Bridge’s Church included Chamber members, Waipā District Council (WDC) representatives, business owners and residents. It was held on the back of a Chamber poll of its members, in which almost all 50 responses signalled the need for movement on a third bridge.

Chamber CEO Kelly Bouzaid said concerns were expressed about the integrity of the 113-year-old Victoria (high-level) bridge, traffic congestion in Cambridge, and the need to keep up with the town’s growth.

Deputy Mayor Liz Stolwyk referenced the 2018 Beca report in which independent consultants found a third bridge would not be needed until 2048. It recommended increased use of the low-level Shakespeare St bridge which it said was currently under-utilised.

WDC service delivery manager Dawn Inglis said a third bridge was “not a priority at this time … the numbers do not stack up”.  The harsh reality, she added, was that when compared to other bridge cities/towns, and based on measured traffic volumes, independent growth projections and wait times at bridges, Cambridge had adequate bridge capacity.

She said 2020 figures estimated the cheapest option for a new structure would be around $70 million, which made a third bridge “unaffordable without a government subsidy”.

Without that support, Waipā ratepayers would bear the weight of an estimated six percent increase in rates districtwide.  In addition, identifying a route too early could impact property values and force council to purchase land; investigations, planning and designation would require $3-$5 million even before any land purchase.  She said council was concentrating on encouraging cycling, walking and better public transport rather than looking only at adding more roads.

Council transport manager Bryan Hudson said whatever was planned had to cater for all types of traffic and must be robust. “We cannot just build the network bigger and bigger,” he said. The siting of a new bridge and the associated road linkages had to be well planned to avoid increasing traffic in town.

Attendees heard that the Victoria Bridge was assessed at having at least 20 years life left, probably more, but that was yet to be confirmed.

Chamber Board president Phil MacKay said further delays would only increase the costs. He said that if the high-level bridge was likely to last only another 20-30 years, the third bridge now being sought would in effect replace the high-level bridge – meaning there would be a need for two new bridges.

Further comment revolved around options for the siting of a proposed bridge.

The council is now reviewing its 2021-31 Long-Term Plan and Transport Strategy, with a view to its formal adoption in July 2021. Residents were urged to submit feedback.

Kelly Bouzaid invited the council to look at options presented at the meeting and return in June next year to update the same group.