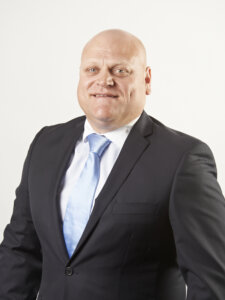 A Te Awamutu Community Board member told Waipā District Council “we’ll see you in court” when his notice of motion to prevent unvaccinated people from going into council facilities lapsed for want of a seconder.

Kane Titchener told the board Waipā chief executive Garry Dyet acted without consultation when he banned people who did not have a Covid vaccine pass from council buildings including swimming pools and libraries.

“(He) has made the decision to ban healthy people from facilities they have paid for. It is a bloody disgrace,” Titchener told the board.

Other Waipā residents have also reacted angrily to the Waipā decision and threatened to take the council to court while some called for a rates rebate saying they are not getting services they pay for.

Waipā’s vaccination rate continues to lead the Waikato with 95 per cent first doses and 91.4 per cent second doses as of yesterday morning.

Māori rates are lower with first doses at 82.2 per and second doses at 74.8 per cent.

Nina Parker, who The News understands was one of the first people turned away from the Te Awamutu Aquatics Centre, has launched a Give-a-Little page to raise $10,500 for a representative action.

“We support appropriate safety protocols for these venues for Covid-19 and are of the opinion that where essential services such as supermarkets are prohibited from requiring vaccine passports, so too should public venues fall into this group,” she says.

“Although it’s a small percentage of the population that have got really strongly held views against vaccination for whatever reason and we’ve got this split in the community, we’ve really got to look to focus on the majority and looking after the health and wellbeing of the whole community.

“It’s a really challenging time. I feel for those people who have made that call and I feel for the staff who have to manage it. It becomes quite confrontational. Somehow, we’ve got to satisfy people we’re doing the right thing and we are considering everybody’s point of view,” said Mylchreest.

Titchener disagreed saying other councils around the country had not mandated Covid passes.

When his notice of motion at the community board meeting failed, Titchener said he would see the council in court. Minutes later he left the meeting.

Susan O’Regan said Dyet had to make the call, which she and other councillors supported, to protect staff “first and foremost.”

“No one wants to be in that position on a lot of levels, least of all staff.”

Vaccination rates in the district were high. “Have faith in the science,” she said.

Lou Brown said the council had to protect its staff from the likelihood of becoming infected.

Dyet told the council meeting earlier in the day he was managing the risk for staff.

“We can’t afford for teams of people to go down which is why we have taken a rigorous approach.”

Waipā has introduced alternative services for those who are unable to come through the doors. They include click and collect and online enquiries for its museums and libraries.

My Vaccine passes for anyone 12 years, three months and over will need to be sighted for entry to: