Bid made for more quarries 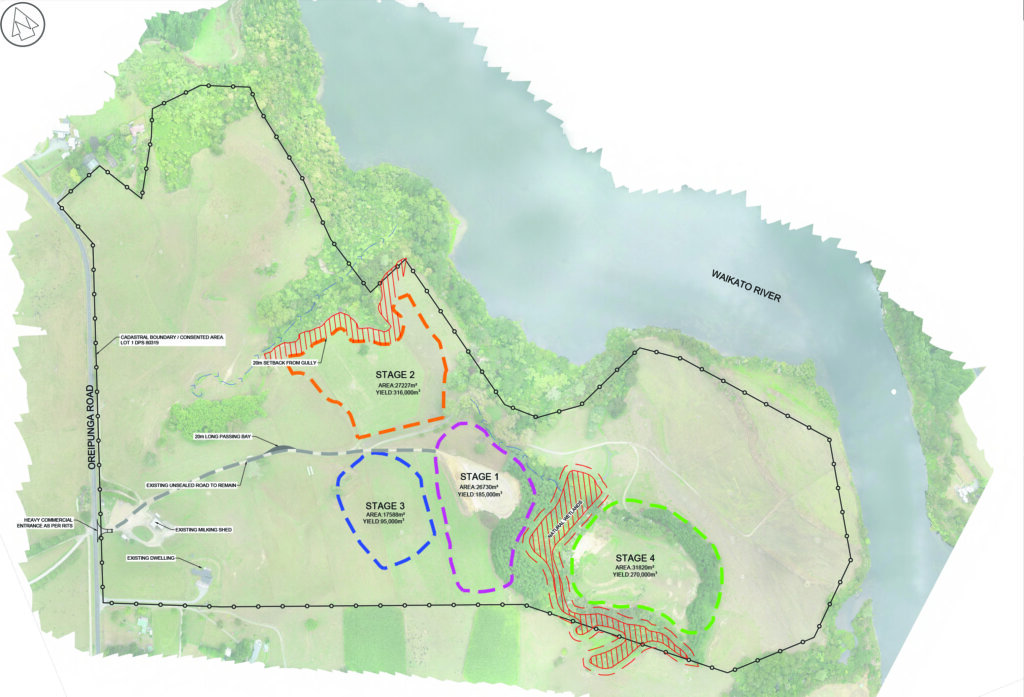 A site plan showing four quarries has been submitted as part of the resource consent.

Beacon Hill Contracting has unveiled plans for four quarries extracting 125,000 tonnes of sand a year from its Maungatautari base.

In a resource consent, filed with Waipā District Council last week, the company reveals there may even be a fifth quarry planned which would include the one operating illegally for at least five years before the council closed it down on April 13.

The consent, lodged by Hamilton resource management and planning specialists Mitchell Daysh for the Oreipunga Road sand quarry, acknowledges quarrying had already begun on the site but does not say when.

It just seeks to “address any associated activities retrospectively” as part of its scope. A group representing iwi has already aired its concerns about the application and further information has come to light about when Waipā District Council first knew about the illegal quarry.

In a written response, a council spokesperson said Beacon Hill shareholder Elwyn Andree-Wiltens contacted a council planner in March 2019 to discuss a proposal for a sand quarry.

Andree-Wiltens was the Maungatautari ward district councillor. She resigned last month because of her involvement in operating the sand quarry without a resource consent.

The planner told Andree-Wiltens in a March 22, 2019 email that to “establish a sand quarry on this site, a land use consent would be required.” 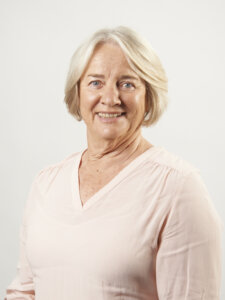 The planner went on to say regional council consents may also be required for the “proposed activity.”

Nothing further was heard about the proposal nor were any pre-application meetings held between Beacon Hill and council staff.

The first the council knew about the illegal quarrying came on April 1 when The News alerted the council to the existence of a quarry at the site.

During a site visit on April 13, Beacon Hill shareholders told a council enforcement officer there had been delays because of “various Covid-related” issues.

Waipā District Growth and Regulatory services group manager Wayne Allan then told The News “substantial delays” in the resource consent application process by Beacon Hill were linked to the pandemic.

Ngā Iwi Toopu o Waipā (translated as the Assembled People of Waipā) represents all Waipā hapū and considers resource consent applications. It has asked the council to defer processing the application. Group representative Poto Davies, who co-chairs the Maungatautari Ecological Island Trust and is one of four iwi representatives on formal council committees, visited the site with Beacon Hill shareholders on April 14, according to Mitchell Daysh.

Davies, in a resource consent consultative check response form on behalf of the group, says it has concerns about the application and wants another site visit and engagement with Mitchell Daysh.

The geotechnical report says shareholder Mark Andree-Wiltens “proposes” to mine sand from the site in five stages across the river terraces; four on the upper level and one on the lower terrace. They would yield up to 1.032 million cubic metres (1.341 million tonnes). A fifth quarry is shown in one of the technical reports included in the Resource Consent application.

In the consent Beacon Hill says it would make a financial contribution of 25c a tonne for material transported on public roads. That would equate to more than $31,000 a year.

“The proposed sand quarry represents a sustainable and efficient use of the finite resource of land and its underlying mineral resources. The application seeks to extract the sand resource and then rehabilitate the site to productive agricultural land.”

The resource consent will be considered by independent planners and commissioners. No date has been set.